Have you been thinking about using a weightlifting belt to help increase your max lifts but want to know a bit more about the how’s, when’s and why’s of it all?

Read on as AFA Course Developer Luke James gives a great insight into all things weightlifting belts and how they can be used for maximum benefit in the gym. One day I was training one of my athletes in the gym and I noticed that he had decided to use a weightlifting belt when attempting his heaviest squat set. I was at the same time excited, that he would be willing to use such an awesome accessory, as well as terrified that he had no idea how and why he was using the belt. As he approached the barbell, he pulled the belt as tight as he possibly could, to the point where I could see the oxygen seeping out of his body. It was at that point that I realised I had to step in and help him to understand, not only how to effectively use the belt, but why it might be necessary for him.

There can be nothing more intimidating in the gym setting for a lay person, then seeing a big burly bodybuilder walking around the gym with a weightlifting belt fitted so tightly to their abdomen that you could be mistaken for thinking it was painted on. Just as a small side note, was it necessary to wear the belt during that warmup set of curls?

Why Should You Use a Weightlifting Belt?

People will commonly explain that the reason they are using a weightlifting belt is to protect their lower back from injury. Interestingly, some individuals like to wear the belt for every single set, others just for heavier sets, and some people simply prefer not to wear a belt.

A belt is designed to aid your core and back muscles in maintaining trunk stiffness and stability during heavy lifts. One of the common misconceptions when it comes to belts is that they will do the work of the core for you. Maybe that was the reason my athlete was putting the belt on so tight that we were going to require the ‘jaws of life’ to remove it.

The body has its own internal weightlifting belt which quite simply cannot be replaced. The internal weightlifting belt consists of the core musculature which surrounds the spine (I won’t bore you with anatomy) and put simply we can learn to utilise this internal belt to create trunk stiffness and stability. The best method of achieving this is through practicing the timeless art of ‘breathing and bracing’.

Effective breathing during a heavy set of an exercise like the squat involves taking in a big deep diaphragmatic breath and allowing the belly to expand outwards. Side note, if you wanted to learn how to look great in your next Instagram video when performing a heavy squat you have probably come to the wrong place.

Once you have the art of breathing through the belly (and not the chest) down, you next need to learn to tense the abdominal muscles as hard as you can. This will effectively lock down that stiffness and pressure in the spinal region which was created during the breathing process. Consider a balloon, you can fill a balloon with air and watch it expand, but if you don’t tie the end of the balloon up it will deflate and fly away. The bracing process is like tying up the balloon. When Should You Use a Weightlifting Belt?

Put quite simply, and bluntly, do not use a weightlifting belt unless you have mastered the timeless art of ‘breathing and bracing’ as outlined above. If you are one of the lucky few who has mastered this technique, then I suppose I better tell you how to wear the belt also. When wearing a belt, it is important to start the process by breathing and bracing, and from here you will find yourself breathing into the belt. You should always be looking to expand your stomach into the belt. See my side note above about not expecting to look great in your Instagram videos.

You should not need the jaws of life to remove the belt from your waist, so wear it firm around your waist, but if you start turning blue, maybe move it down a notch. Much research has shown that wearing a weightlifting belt (correctly) has the potential to allow you to lift heavier weights. To be honest, I do not need to quote research to tell you that. Many people will back that up anecdotally. In addition, the belts have been shown to assist with increasing the speed of your lifts, and even maintaining stiffness and stability for longer periods during your 5-8RM sets. My recommendations would be to wear your belt for lifts when you go beyond 80% of your max, or an 8 out of 10 on the old RPE scale. Wearing your belt too frequently, and for all sets (see the above bodybuilder performing warm up sets of curls in the belt) may result in your body starting to rely on the support the belt provides and ignoring that, ever so important, internal weightlifting belt I told you about.

So, on your next heavy set of squats, if you don’t want to look like you have just run into David (cement) Gillespie (sorry AFL fans, that’s a 1990’s NRL reference) do yourself a favour and wear a belt. 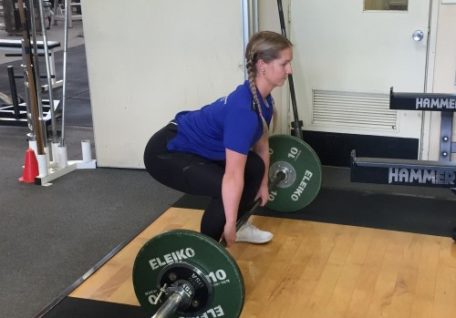 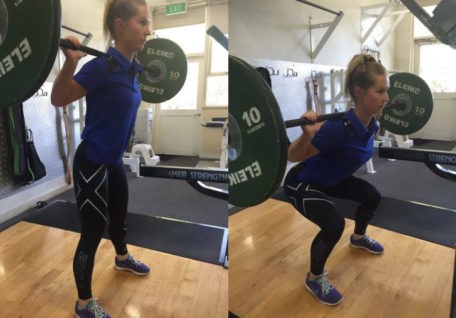 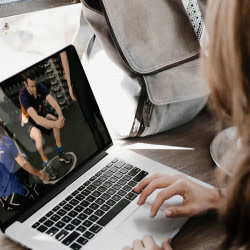 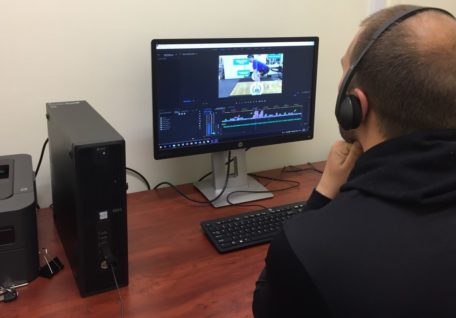