If you’ve come to Australia from overseas, Rock Lee’s story is one that should not only inspire you to establish a successful life in this country, but how persistence and commitment can lead to a very successful career in the fitness industry.

Rock’s story begins in Northern China, from the same region as infamous philosopher Confucius. At 6 years old, he became interested in martial arts, before embarking on what was a successful career as a junior wrestler.

However, Rock knew that his passion for fitness and anatomy extended beyond his wrestling endeavours.

“I had lots of experience as a kid in a sports environment,” Rock says.

“It gave me a good foundation and understanding of the human body, how to eat properly and how to recover.”

Unfortunately, whilst preparing for a national wrestling competition, Rock broke his ankle and was unable to compete. In hindsight, this was both a blessing and a curse, as it helped Rock embark on his career in fitness. 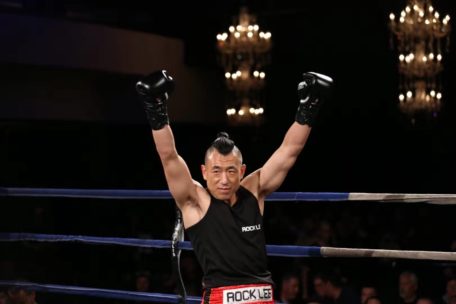 After graduating, Rock went to a sports university and become a coach, where he worked at a tennis club in Shanghai training junior players.

As his passion for fitness continued to grow, Rock began doing some personal training, but never had the opportunity to educate himself properly.

This led to him coming to Sydney for the FILEX convention in 2010, the start of a fruitful life here in Australia.

“I knew as soon as I landed here, this is where I want to be,” Rock says.

“I didn’t have the qualification in fitness from back home, and I knew straight away this is what I wanted to do in Australia.

“After some time settling into life here, I began a Sports Science degree and then studied the Certificate III and IV in Fitness with AFA.

“I noticed straight away how good the fitness industry in Australia is. Back home, there’s no course for PTs for training general population. Here, the education is systematic, it’s such a great environment to learn and it provided a lot more than what I was able to learn in China.”

After doing a lot of research on who to study his fitness course with, Rock landed on the Australian Fitness Academy because he saw it as a highly professional organisation, and bonded immediately with the friendly staff. 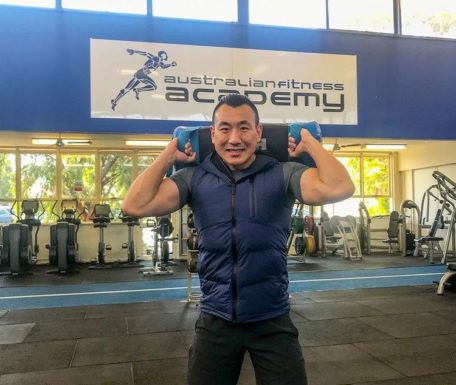 “I had been looking for this kind of course for years,” Rock says.

“There was just nothing like this in China, there still isn’t. To be able to learn both the theory and practical elements of fitness, and to have such patient and understanding lecturers, I have absorbed so much information.

“Not only that, but everyone at AFA took an interest in my life and made me feel at home.”

After graduating at the end of 2011, Rock has taken the long road to establishing himself in the Australian fitness industry.

His first job was as a fitness coach running circuit classes at Fit2Go, which he started whilst completing the course, before he was then able to step up into the role of a Personal Trainer.

“With my knowledge from the course, and the good reputation of both AFA and Fit2Go, I was able to pick up new clients, especially with the information I gained from the Certificate IV.

“I was just so passionate about being a good personal trainer, I kept learning and remained in touch with the team at AFA, who provided me with ongoing support.

“I did so well and had many clients, that I was then able to set up my own studio in Clayton, which was a great challenge to run my own PT business.

“Obviously only being here for a couple of years, I didn’t have a lot of financial support, so I just started with a lot of functional training, such as body weight, animal flow and stretching programs.

Despite growing his business, iHealth Fitness, quickly, and developing a strong network of clients, it wasn’t all smooth sailing for Rock.

“It sounds easy, but it’s definitely not,” he says.

“There were always problems, like a leak in the roof or the internet was down. I tried to forget about those and just focus on treating my clients as best as I could, like a family, showing them that I genuinely cared.

“That was something I took from my time with AFA, and that warm and friendly environment ensured that my clients kept coming back.”

Today, Rock’s journey has led him to running his own studio in Clayton, as well as another Personal Training facility in Melbourne’s CBD.

Although not always an easy and smooth path, he believes his story can be the blueprint for other people to follow in his footsteps and establish a prosperous career in the fitness industry here in Australia.

“I think I’m a good example of what a successful gym owner looks like,” he says.

“Everything started with what I learnt from AFA – how to set up classes, how to get clients and how to be a good Personal Trainer.

“Once you have that foundation, anything is possible. If I can do it, you can too!” 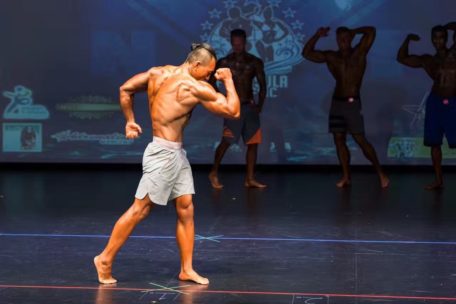 Not only is Rock a highly-sought-after PT, but he’s also embarked on a hugely successful bodybuilding career, winning and placing in several competitions. According to Rock, it’s allowed him to continue his learning journey.

“I just want to keep learning and keep improving,” he says.

“I’m planning to also become a lecturer so I can pass on all that knowledge that I’ve been able to gain.”

If you’d like to follow the same path as Rock, it all begins with studying the Certificate III & IV in Fitness. To find out more about fitness courses with AFA, feel free to fill out our enquiry form.